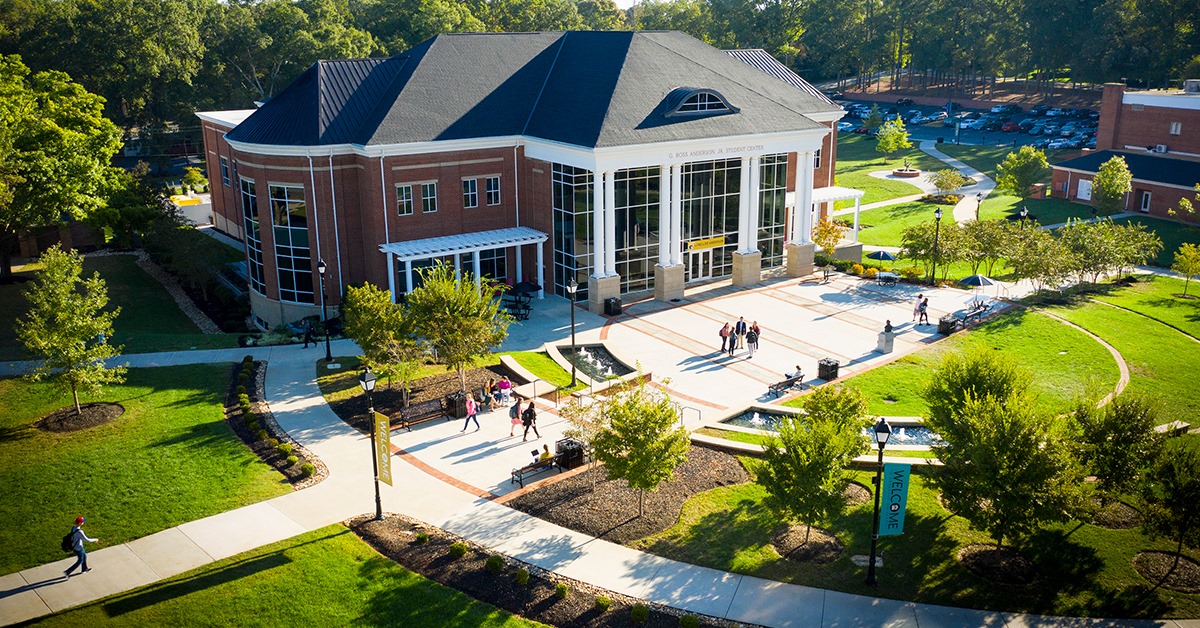 Knowledge for your journey

Located in the vibrant city of Anderson, in the rapidly growing region of Upstate South Carolina, Anderson University is a selective, comprehensive Christian liberal arts university offering bachelor’s, master’s and doctoral degrees on campus, online and at the University Center in Greenville. Students may choose from 50 major degree programs, 29 concentrations, 48 minors, 18 master’s and doctoral degrees and 8 certification programs.

At the heart of our educational program is an uncompromising commitment to the liberal arts as a means of preparing students with both a breadth and depth of knowledge they need not only to be successful in the career of their choice, but to be successful in all realms of life—in family, community, work, and church.